Group of 5 governors of the People’s Democratic Party led by Rivers governor, Nyesom Wike, on Wednesday evening arrived Umuahia to flag off the Abia PDP governorship campaign slated for today ahead of the 2023 general elections.

Governors who arrived along with Wike include: Samuel Ortom of Benue State, Ifeanyi Ugwuanyi of Enugu State, Seyi Makinde of Oyo State.

The governors were spotted in the popular isi-agu attire ahead of the campaign kick-off this afternoon. 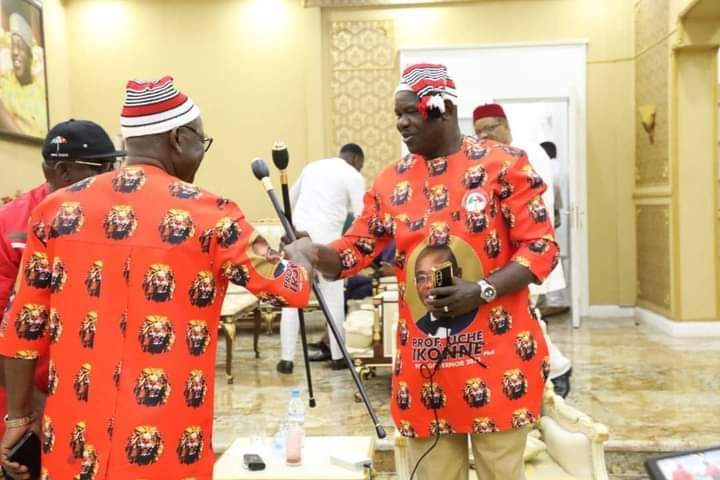 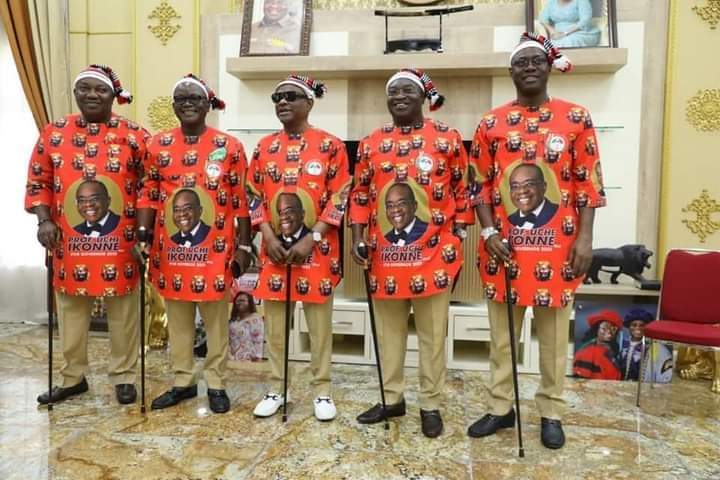 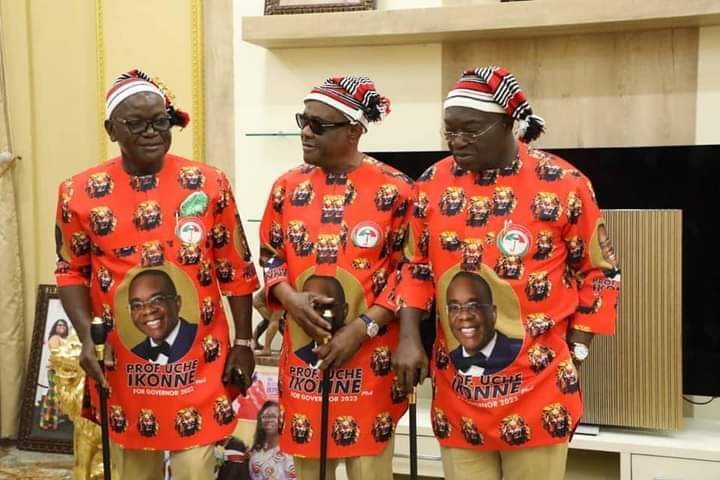 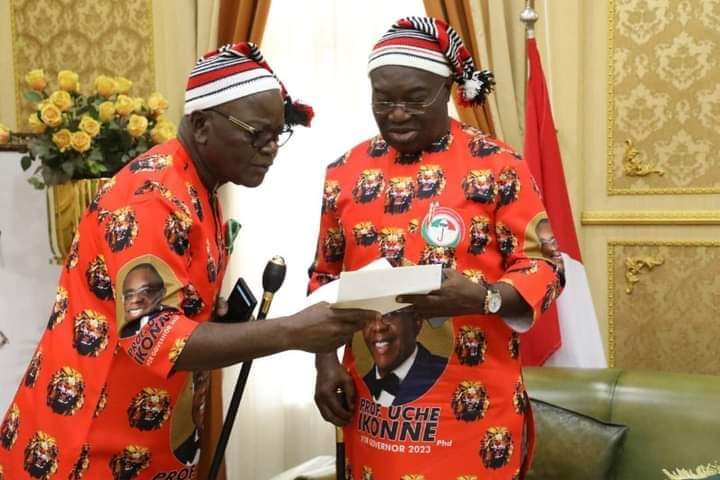 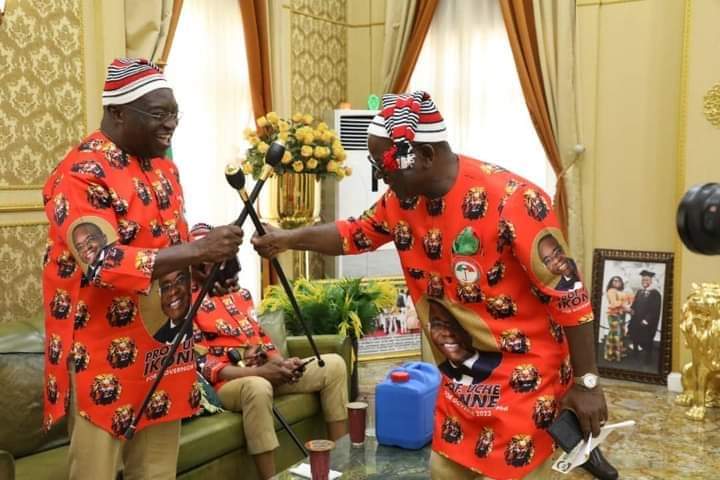 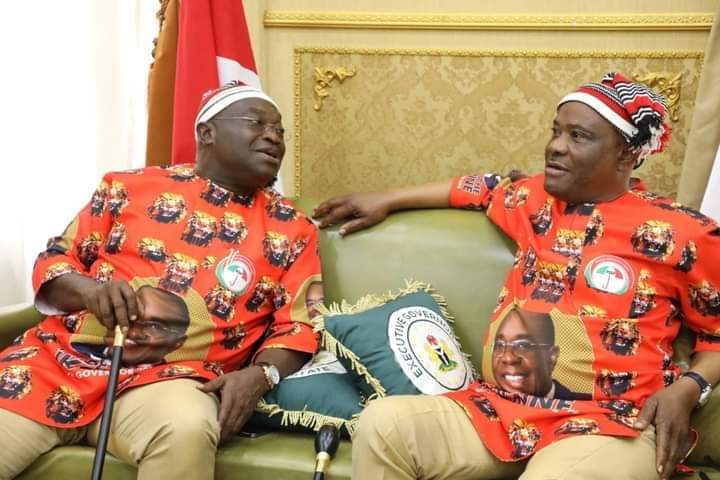