Supporters of Labour Party presidential candidate Peter Obi have commenced their rallies in major cities in the country.

The LP candidate supporters known as ‘Obidients’ converged at strategic places in Lagos, Kaduna, Abia, Edo, amongst other states in Nigeria.

The rallies coincided with Nigeria’s 62nd Independence Day Anniversary being marked on Saturday.

In Lagos, the supporters started the walk from the Admiralty Junction moving through the major road in Lekki.

They made stops at every junction waving flags, banners and other paraphernalia as they rally towards Jakande, Elegushi axis, an apparent move to avoid confrontation with the police already stationed at the Lekki Toll Gate.

On Wednesday, a Lagos court ruled against the convergence of the rally on Lekki Toll Gate.

The court also directed the Inspector General of Police, Usman Baba, and the Lagos State Commissioner of Police, Abiodun Alabi, to ensure compliance with the order.

The rally, according to the conveners, is to garner organic support for the LP presidential candidate ahead of next February’s general elections.

Obi, a 61-year-old former governor of Anambra State, is running alongside Datti Baba-Ahmed. The two are facing their counterparts in the All Progressives Congress, the Peoples Democratic Party, the New Nigeria People’s Party, amongst others. 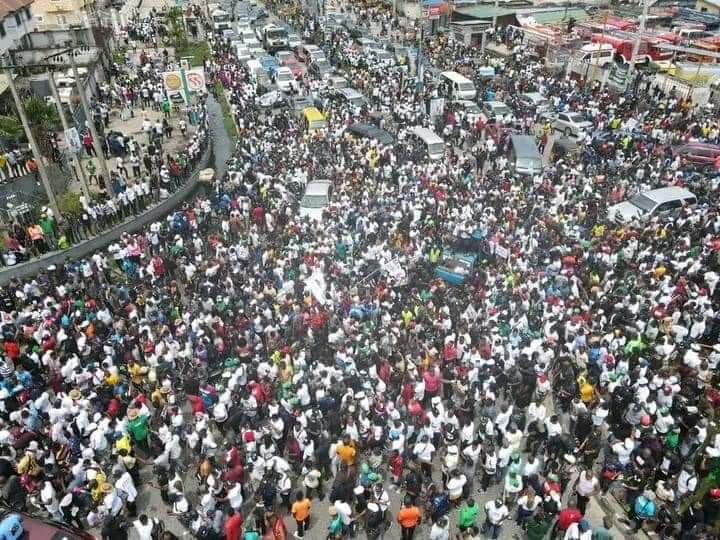 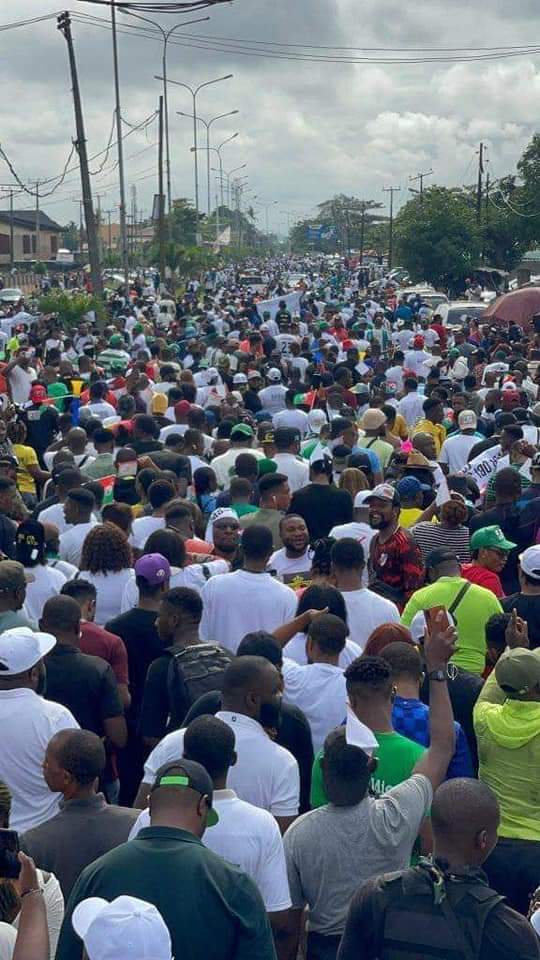 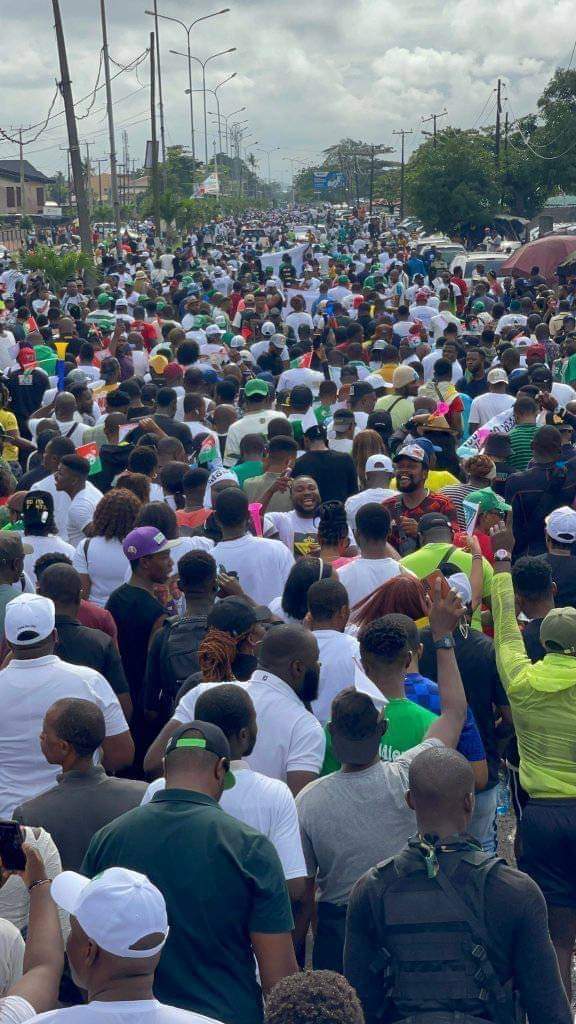 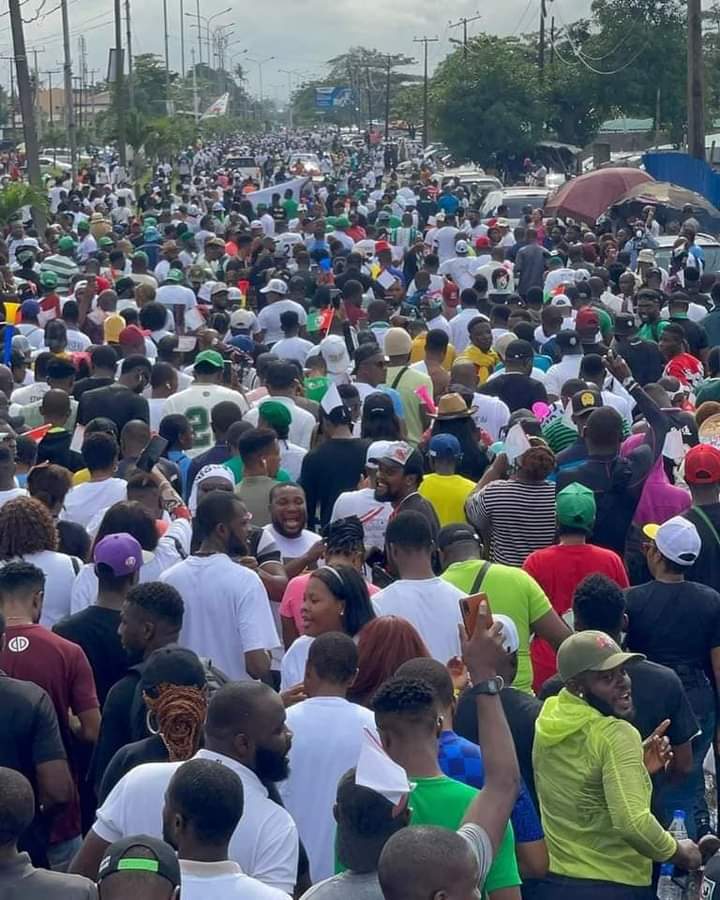