A VIP hospitality suite which will host wealthy spectators at the Lusail Stadium, the venue for the Qatar 2022 World Cup, has been sold for an astonishing £2.1 million.

According to UK Metro, the sale was made by Match Hospitality, FIFA’s exclusive hospitality sales agent.

The 80,000-capacity stadium, which is scheduled to host 10 games in the World Cup — including the final — has a gold-tinted VIP suite.

According to the report, it is the most expensive hospitality box in the competition.

Suite 3079, as it is named, will provide high-end hospitality to 44 people with its curated five-course sampling menu and an in-suite HD television, with direct access to seats directly outside the glass frontages.

A spokesperson of the agent revealed that the Lusail suite was “sold on a ‘venue series’ basis, which means the price includes all the matches taking place in a specific stadium.”

“Just like an aeroplane has economy, business, and first classes, we have a range of hospitality products designed for a range of clients, from the super-luxurious to the casual and relaxed,” the spokesperson was quoted as saying.

“These types of hospitality products give people a way to guarantee their access to the game, with additional benefits, whether they are booking a family-friendly lounge, or hosting their VVIP guests in an exclusive suite.

“They are not the only way, or price point, to be in the stadium and enjoy this once-in-a-lifetime tournament.

“Additionally, the specific suite you mention is the largest in Lusail, and private suites are sold on a ‘venue series’ basis, which means the price includes all the matches taking place in a specific stadium.

“In the case of Lusail, each Private Suite includes 10 matches, including the final match of the tournament.”

The purchase of the suite was announced after David Beckham appeared in a promotion video for the World Cup wherein he described Qatar as “incredible”. 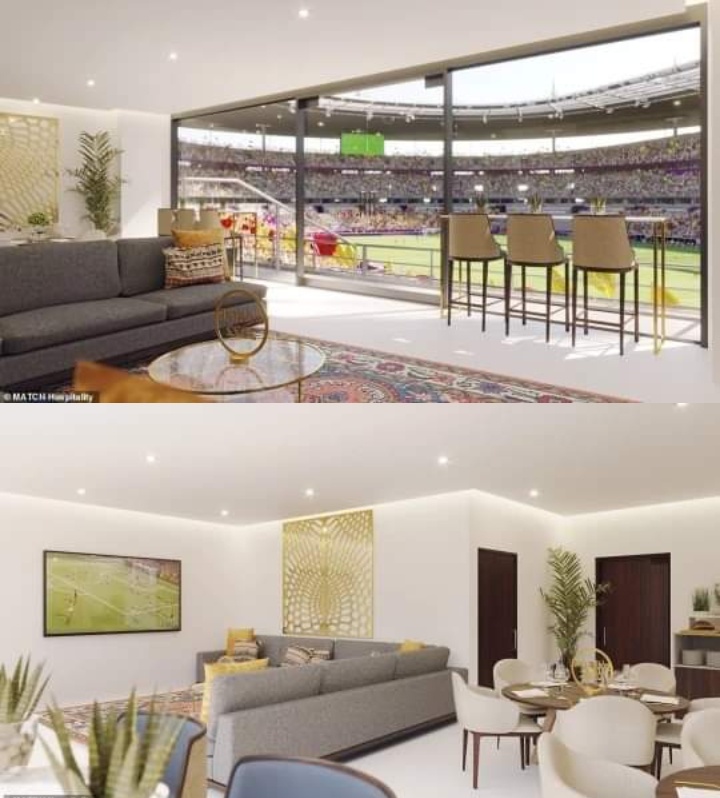