The Senate President, Ahmad Lawan was in Calabar earlier today in connection with his bid to be the APC flag bearer for the 2023 presidential election.

He was accompanied by the former Governor of Abia State and the Chief Whip of the Senate, Senator Orji Uzor Kalu, former Senate Leader, Victor Ndoma Egba, former Senator representing Cross River Central Senatorial District, Senator John Own Enoh, and other chieftains of the party.

His first port of call was the Cross River State government house where he met the State Governor, Prof Ben Ayade.

Thereafter, Lawan held pally with the APC leaders in the state and delegates to solicit their votes ahead of the Presidential primaries scheduled for the end of May. 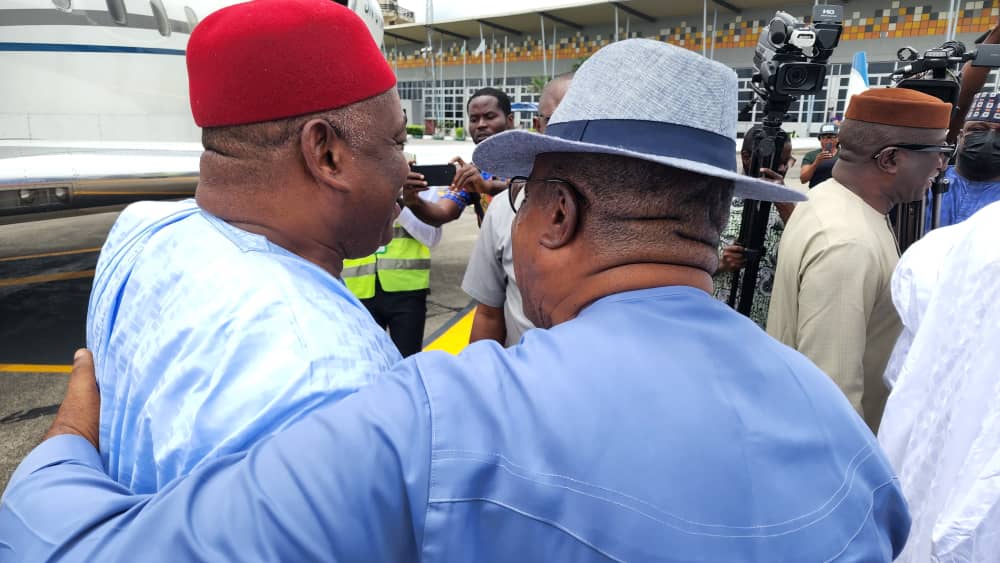 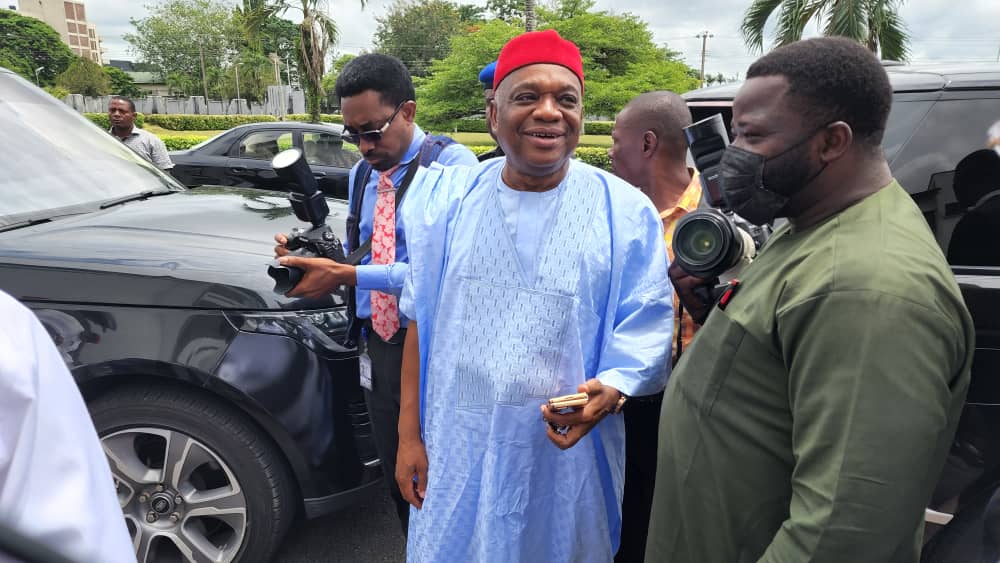 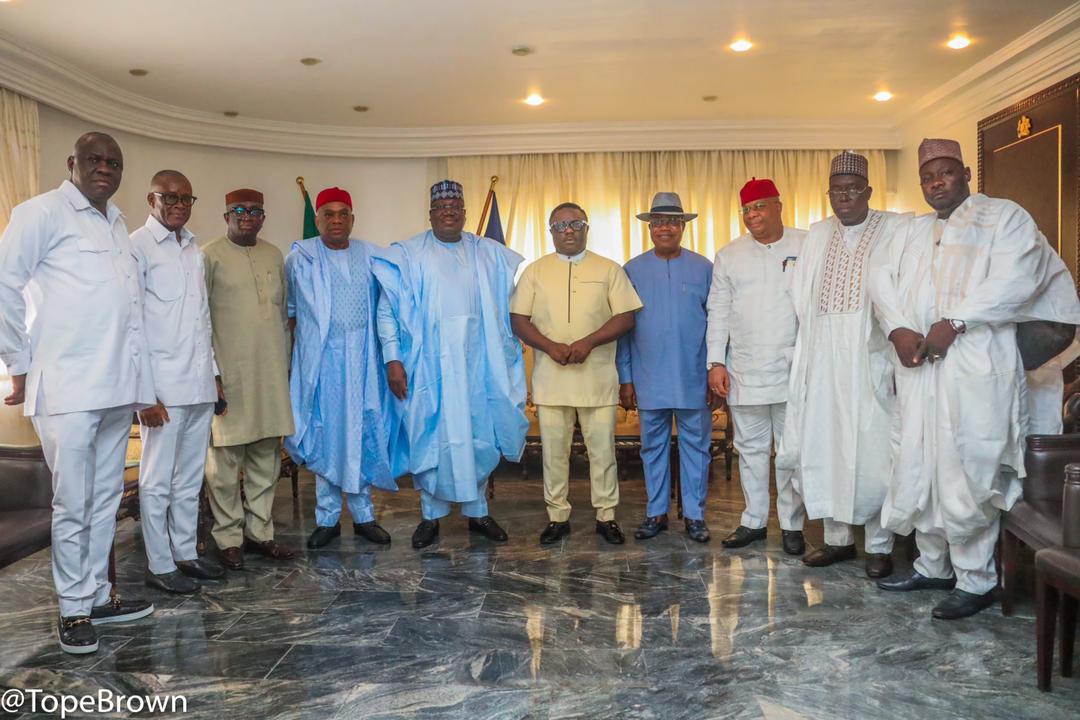 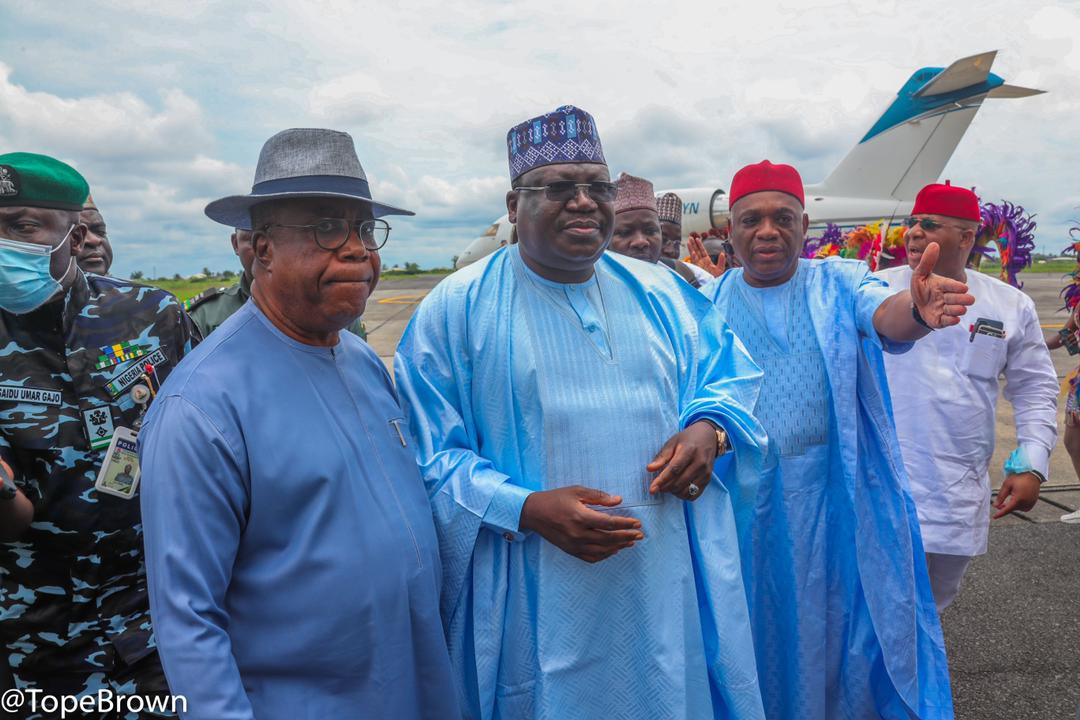 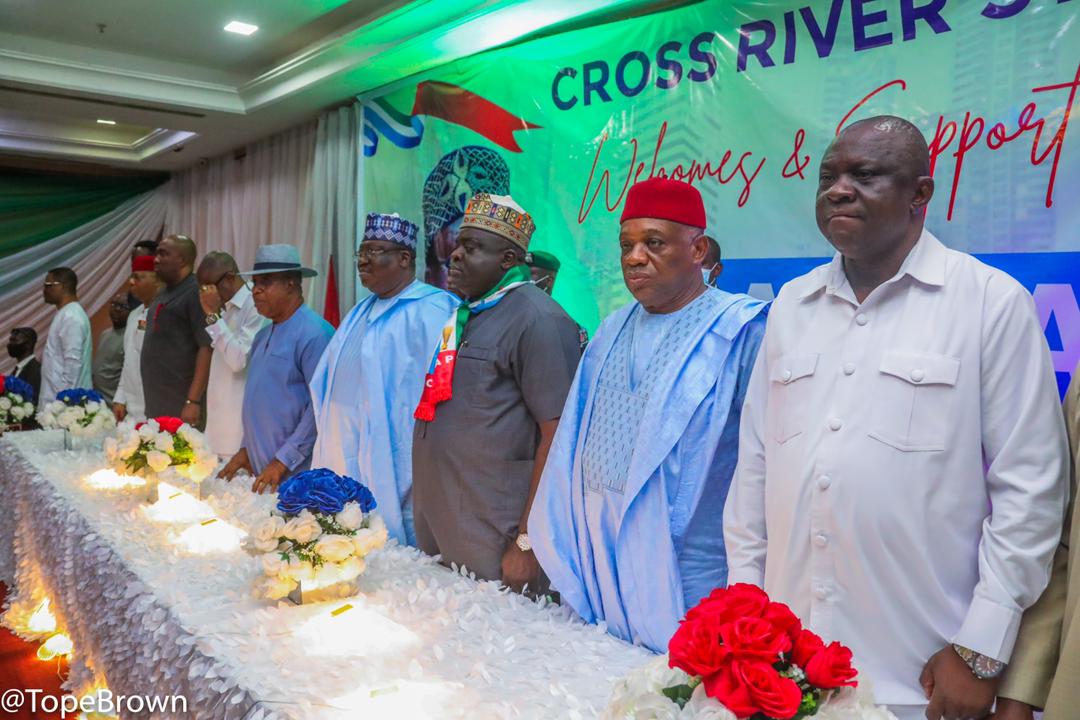